Algae Lake (The name as it would appear in a gazetteer)

Algae Lake  (The name as it would appear on a map)

Narrow, winding lake, 9 mi long and from 0.2 to 1 mi wide, extending in an E-W direction in the ice-free Bunger Hills. First mapped from air photos taken by USN Operation HighJump, 1946-47, and named Algae Inlet by the US-ACAN because of the algae reported by Operation HighJump personnel, which cause varying tints to the meltwater ponds overlying the Bunger Hills and to the saline inlets and channels in the Highjump Archipelago area close to the north. Subsequent Soviet expeditions (1956-57) found this "inlet" to be a lake. 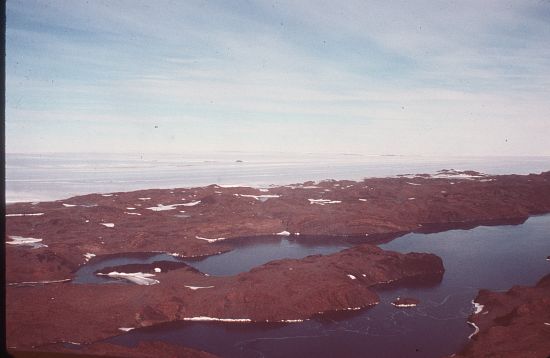