Chappel Island (The name as it would appear in a gazetteer)

Chappel Island  (The name as it would appear on a map)

The largest of the Donovan Islands, lying about 5 mi NW of Clark Peninsula in the E part of Vincennes Bay. The island has a number of large Adelie penguin rookeries. First mapped from air photos taken by USN Operation HighJump, 1946-47. Named by US-ACAN for CWO R.L. Chappel, USMC, motion picture officer on USN Operation HighJump photographic flights in this area and other coastal areas between 14 and 164 east longitude. 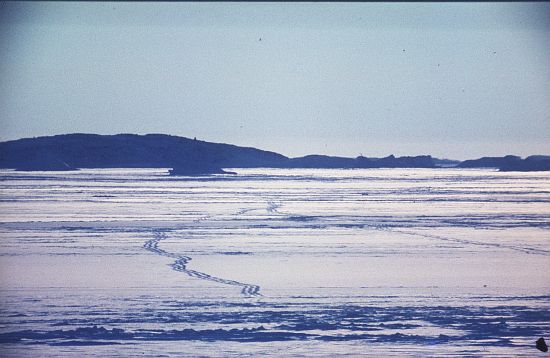