Clark Peninsula (The name as it would appear in a gazetteer)

Clark Peninsula  (The name as it would appear on a map)

Rocky peninsula, 2 mi long and 2 mi wide, lying at the N side of Newcomb Bay on Budd Coast. First mapped from aerial photographs taken by USN Operation HighJump in February 1947 and thought to be an island connected by a steep snow ramp to the continental ice overlying Budd Coast. The term peninsula was considered more appropriate by the Wilkes Station party of 1957 whose headquarters were on this peninsula. Named by the US-ACAN for Capt. John E. Clark, USN, captain of the USS Currituck, seaplane tender and flagship of the western task group of USN Operation HighJump, Task Force 68, 1946-47. 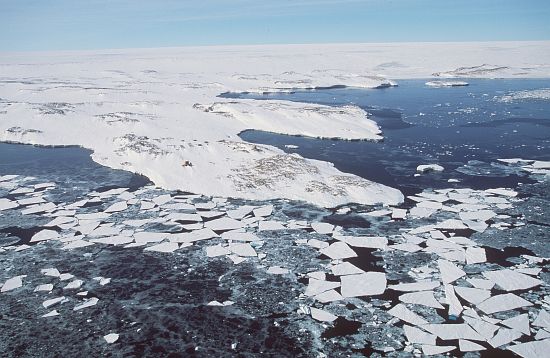