Folger, Cape (The name as it would appear in a gazetteer)

Cape Folger  (The name as it would appear on a map)

An ice-covered cape forming the E side of the entrance to Vincennes Bay on Budd Coast. The position of Cape Folger correlates closely with the W end of Wilkes' "Budd's High Land," as charted as a coastal landfall by the USEE in 1840. Mapped from aerial photographs taken by USN Operation HighJump, 1946-47, and named by the US-ACAN for Cdr. Edward C. Folger, Jr., USN, commander of the icebreaker astronomical control stations in the Windmill Islands, close SW in Vincennes Bay. 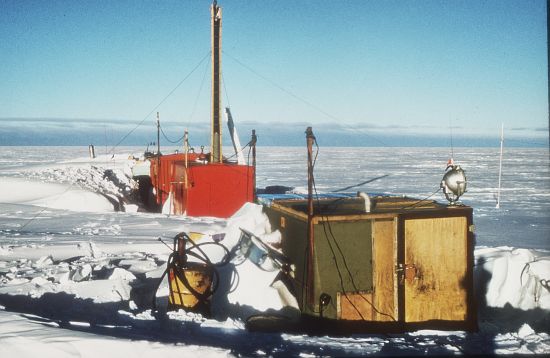