The sector of Antarctica between 155 degrees E and 164 degrees E (partly in the Ross Dependency). Discovered in February, 1911, by Lieut. H.L.L. Pennell, RN, in the Terra Nova, expedition ship of the British National Antarctic Expedition (1910-13). Named after Capt. L.E.G. Oates of the 6th Iniskilling Dragoons, who with Captain Scott and three companions, lost his life on the return journey from the South Pole in 1912. The coastal region of Oates Land has been photographed or explored by USN Operation Highjump (1946-47), the Soviet Antarctic Expedition (1958), ANARE (1959, 1961 and 1962), US Navy (1960-62), US Geological Survey (19622 Expedition (163-64). (See Handbook and Index that accompanies the 1939 Map of Antarctica by Bayliss and Cumpston for the extent of Oates Land) 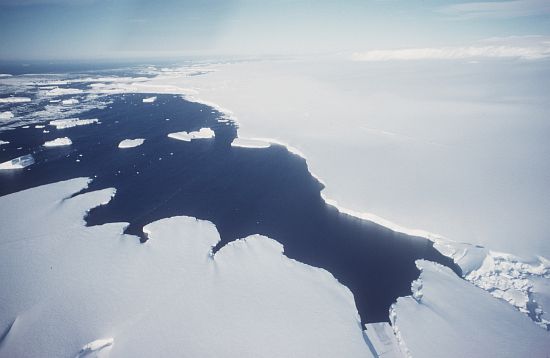