Newcomb Bay (The name as it would appear in a gazetteer)

Newcomb Bay  (The name as it would appear on a map)

Sheltered bay about 1 mi in extent, between Clark Peninsula and Bailey Peninsula in the Windmill Islands. First mapped from USN Operation HighJump aerial photographs taken in February 1947. In February 1957 Willis L. Tressler, oceanographer, led a party from the USS suggested by Tressler for Lt. Robert C. Newcomb, USN, navigator of the Glacier and member of the survey party. 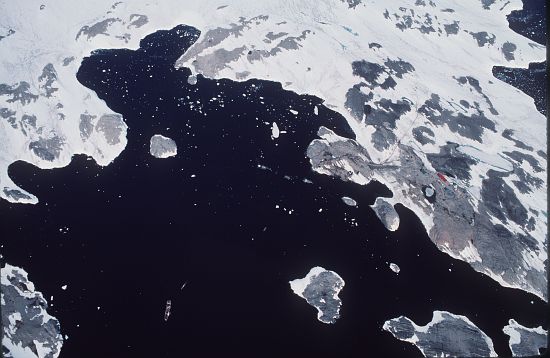