Robertson Channel (The name as it would appear in a gazetteer)

Robertson Channel  (The name as it would appear on a map)

A body of water separating Mitchell Peninsula from Pidgeon Island and Warrington Island, in the Windmill Islands. First mapped from air photos taken by USN Operation HighJump and Operation Windmill in 1947 and 1948. Named by the US-ACAN for Richard A. Robertson, glaciologist and member of the Wilkes Station party of 1958. 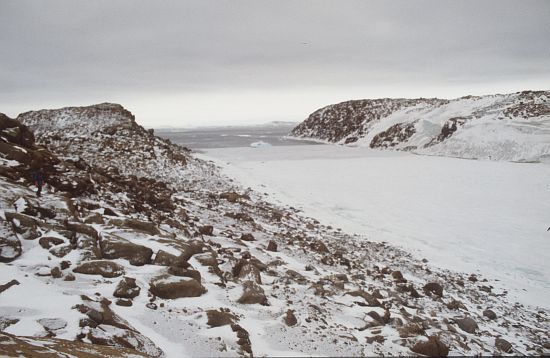