Rubin, Mount (The name as it would appear in a gazetteer)

Mount Rubin  (The name as it would appear on a map)

A large, gently domed mountain, with a long tail of moraine trending E, standing 16 mi WNW of Cumpston Massif in the Prince Charles Mountains. Photographed from the air by ANARE, 1956-58. Named by ANCA for American meteorologist Morton J. Rubin, U.S. Exchange Scientist to the Soviet Mirnyy Station during 1958; member of the U.S. Advisory Committee on Antarctic Names, 1973-74. 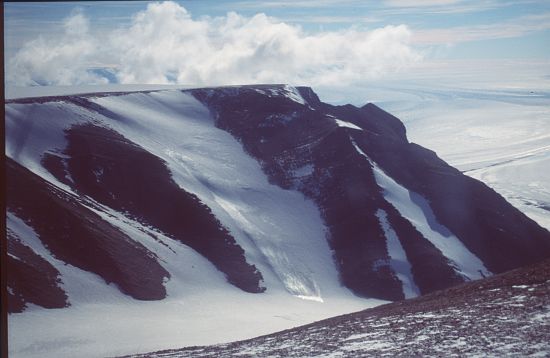