Vincennes Bay (The name as it would appear in a gazetteer)

Vincennes Bay  (The name as it would appear on a map)

Large V-shaped bay, 65 mi wide at its entrance between Cape Nutt and Cape Folger and marked by several large, steep glaciers near its head, lying along Knox and Budd Coasts. Photographed from the air by USN Operation HighJump, 1946-47. The bay was entered in January 1948 by USN Operation Windmill icebreakers Burton Island and stations in the Windmill Islands in the NE portion of the bay. Named by the US-ACAN for the sloop of war Vincennes, flagship of the USEE under Wilkes, from which a series of coastal landfalls along Wilkes Land were discovered and plotted during January-February 1840. Wilkes' chart suggests a possible coastal recession corresponding closely with the longitudinal limits for Vincennes Bay, although pack ice conditions prevented close reconnaissance by the USEE of the coast in this immediate area. 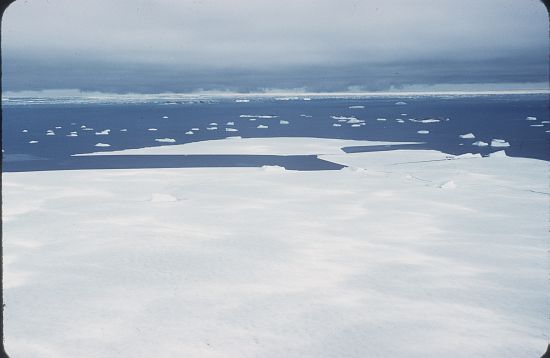