Wilson Bluff (The name as it would appear in a gazetteer)

Wilson Bluff  (The name as it would appear on a map)

Large, rather flat-topped rock outcrop at the S end of Lambert Glacier, 16 mi WNW of Mount Borland. This feature is 5 sq. mi in area and has a tail of moraine extending NE for several miles. Plotted from air photos taken by ANARE in 1956 and visited by an airborne field party led by G.A. Knuckey in October 1958. Named by ANCA for Flight Lt. H.O. Wilson, RAAF, pilot at Mawson Station in 1958. 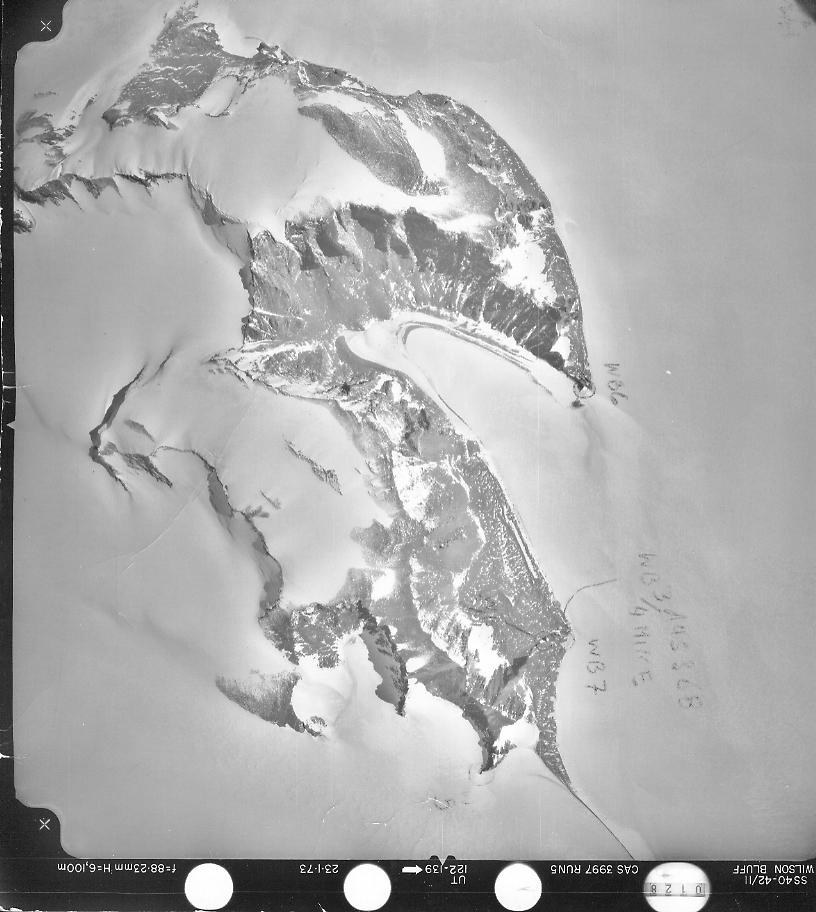