Transkriptsii Gulf (The name as it would appear in a gazetteer)

Transkriptsii Gulf  (The name as it would appear on a map)

Named by the Soviet Antarctic Expedition in 1956. 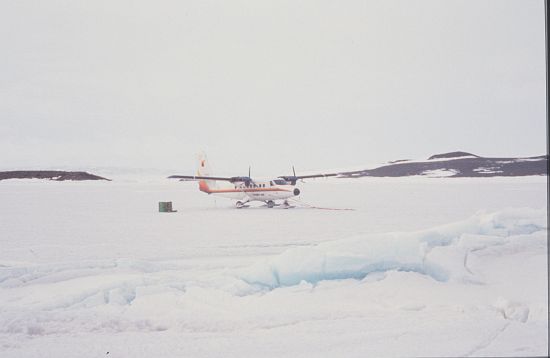 Catalogue id
3766C5
Caption
Twin Otter on Transkriptsii Gulf, Bunger Hills Trip to carry out scoping study of the options available to the AAD for providing an air transport system between Australia and Antarctica, and within Antarctica . The flight was from South Africa to South America. taking in all the bases and station s along the route.
Photographer
Shevlin, James