Windmill Islands (The name as it would appear in a gazetteer)

Windmill Islands  (The name as it would appear on a map)

A strip of rocky islands about 11 km wide, parallel to the coast and extending north for about 28 km from Vanderford Glacier, on the eastern side of Vincennes Bay. Mapped from air photographs taken by USN Operation Highjump (1946-47). Wilkes station was established there in 1957 and Casey station established there in 1969. Visited by helicopter by personnel for USN Operation Windmill (1947-48) after which the islands were named by USACAN. 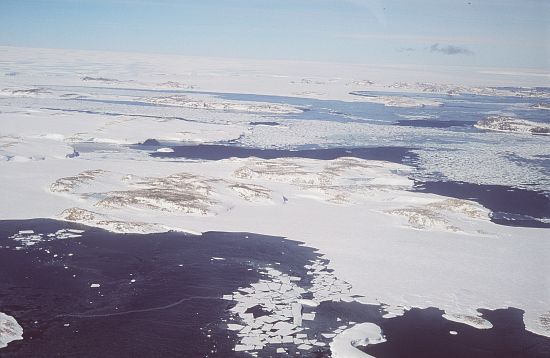