An area of several hundred square km of ice-free rock at the western end of Knox Coast, Wilkes Land. The south-western extremity was seen from Watson Bluff on David Island at a distance of about 76 km by A L Kennedy, magnetician and second surveyor with the Western Base Party of the AAE (1911-14) was carrying out a survey on foot. Photographed by USN Operation Highjump (1946-47).

Named after Lieut. Cmdr. D E Bunger, USN, who made a landing on an un-frozen lake in February, 1947, whilst on a photo mission in a sea plane. 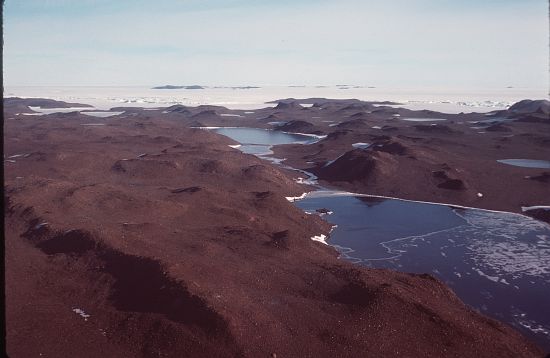