An area of ice-free mainland rock and off-shore islands covering an area of about 512 square km on the Ingrid Christensen Coast. The rounded hills are mostly between 30 and 100 m above sea level and have a maximum height of 159 m. Discovered and named by a Norwegian expedition under Capt. Klarius Mikkelsen in 1935, when a brief landing was made in the northern part of the area. Further brief landings were made by Lincoln Ellsworth in 1939. The Vestfold Hills were photographed from the air by the Lars Christensen Expedition (1936-37) and USN Operation Highjump (1946-47). Landings were made and exploration carried out in 1954 and 1955 by ANARE led by Phillip Law, who established Davis station in January, 1957. Named after Vestfold, a county in Norway. 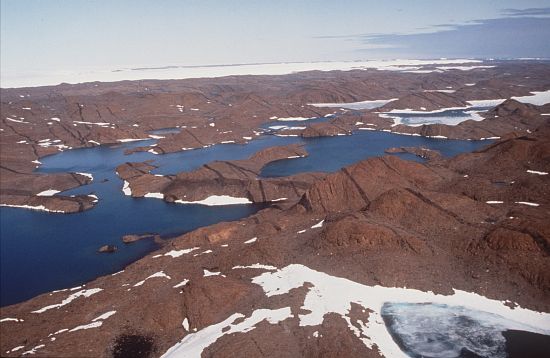