Highjump Archipelago (The name as it would appear in a gazetteer)

Highjump Archipelago  (The name as it would appear on a map)

Group of rocky islands, rocks and ice rises about 50 mi long and from 5 to 15 mi wide, lying generally N of the Bunger Hills and extending from the Taylor Islands, close NW of Cape Hordern, to a prominent group of ice rises which terminate close W of Cape Elliott. Delineated from aerial photographs taken by USN Operation HighJump 1946-47 and so named by the US-ACAN. The codeword "highjump" was used for identifying the U.S. Navy Task Force 68, 1946-47. This task force was divided into three groups which completed photographic flights covering approximately 70 per cent of the coastal areas of Antarctica, excluding Antarctic Peninsula, as well as significant portions of the interior. 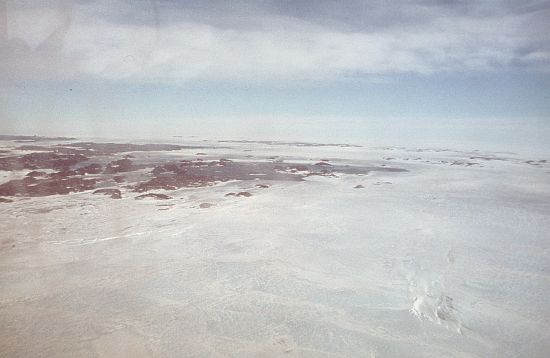