Scullin Monolith (The name as it would appear in a gazetteer)

Scullin Monolith  (The name as it would appear on a map)

A crescent-shaped rock rising steeply from the sea to 443 m in height on the Mawson Coast of Mac.Robertson Land. Land was sighted in this vicinity of BANZARE (1929-31) during an aeroplane flight on 5 January, 1930. A landing was made by BANZARE on 13 February, 1931.
Named by Sir Douglas Mawson after James H. Scullin, Prime Minister of Australia, 1929-31. 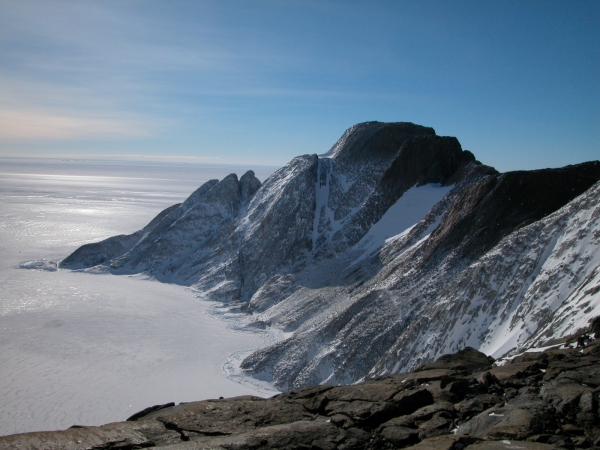