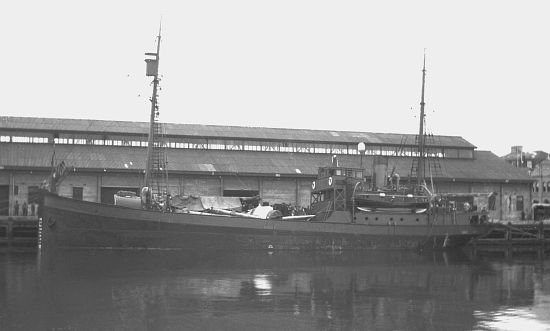 The aim of this expedition was to attempt a survey of the coast of Antarctica in George V Land to locate a site for a permanent station. Wyatt Earp was commissioned on 17 Nov 1947 whilst still on the slip in Port Adelaide undergoing an extensive refit to make it suitable for Antarctic service. It left Port Adelaide for Melbourne on 13 Dec 1947. In an endeavour to keep as far as possible to the schedule planned, open sea trials were reduced to a minimum and the vessel left for the Antarctic from Hobart on 26 Dec 1947. At position 51 54'S, 140 31'E mecahnical problems forced the ship to return to Australia for repairs. The ship was dry docked at Williamstown dockyard for 20 days and eventually left Melbourne for Commonwealth Bay on 8 Feb 1948. Ice conditions prevented the Antarctic coast being reached.

See the 1947/48 Voyage Schedule for other voyages for this season.