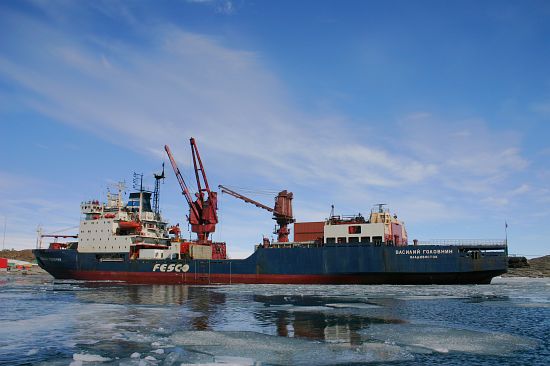 Catalogue id
IA8792
Caption
The "Vasiliy Golovnin" is a Vitus Bering Class Icebreaking ship operated by the Far-Eastern Shipping Company of Vladivostok. She was built in the Ukraine in 1988 and is a sister ....
Photographer
Quinton, Brett

See the 2005/06 Voyage Schedule for other voyages for this season.