Use links to drilldown to other taxa via rank 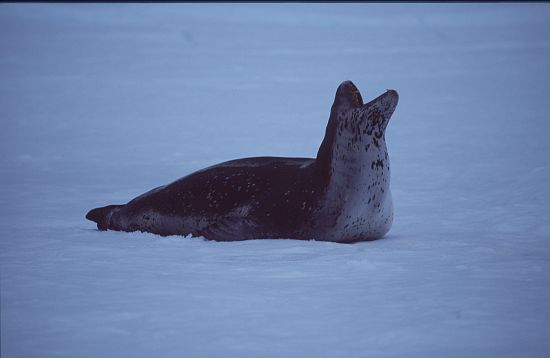 734 species distribution records for this taxa are published to GBIF, OBIS

Search form to view these observations.

or search within the following collections -

Specialised applications for this taxa

or view list of tracking deployments for this species Polar projection map of the occurrence records of this taxa.

Warning - Validation efforts are incomplete. There may be a few spurious positions that require editing.