LOSS - named after losing a CTD off the Amery

See the 2001/02 Voyage Schedule for other voyages for this season. 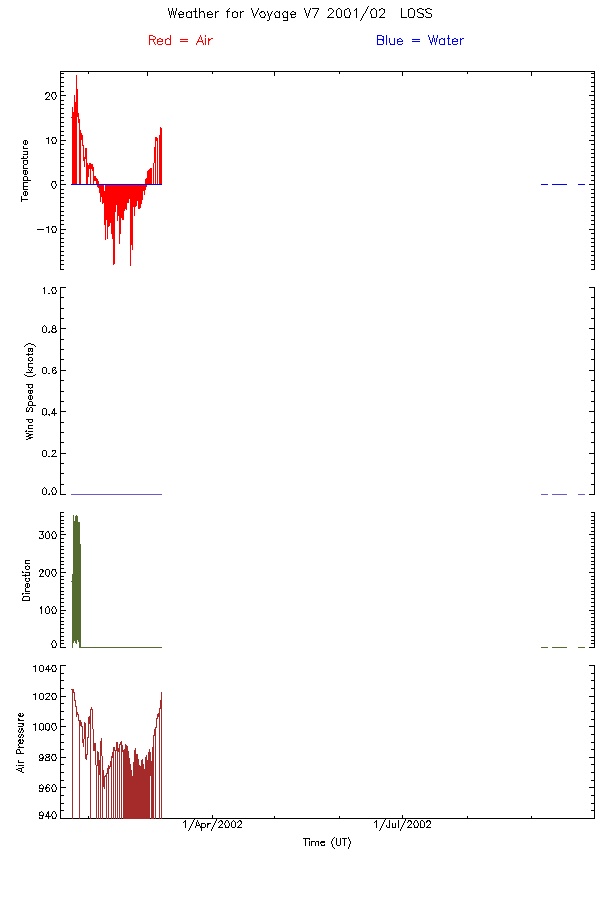